Walter Lindrum was a billiards genius, and perhaps his greatest fan, Irene May Ellis a.k.a. Dolly Lindrum, kept his loving memory alive for her entire life. We lost Dolly on the 10th of January 2019, aged 96 years, which was one of the saddest days of my life.

Walter’s name is synonymous with the game of Billiards, which he dominated as World Champion for many years. The Lindrum family produced other champions and elite players; however, Dolly kept the memory of Walter and his incredible records at the forefront of Australian sporting legends, and never missed an opportunity to promote his name along with the game of Billiards.
Dolly adored Walter and it’s stated that Dolly was the child that Walter never had.

Dolly was known to provide charitable donations to assist cue sports in Australia, indeed she would often be the first to offer support, donations, or a visit to Walters Billiard room at her home in Melbourne where she was famous for serving a great cup of tea along with a plate of cakes mostly Lamingtons which unless you finished you couldn’t leave.

During your time with Dolly, she would take you back to Walter Lindrum’s remarkable talents and leave you absolutely in awe of his ability on the green cloth. Walter was summonsed to play for King George the V which Walter treated like any other event. He never looked for accolades; he just loved the game, and was never happier than when he could share his skill. Billiards was a family obsession, as well as a business, with Walter becoming a billiard room proprietor to support his income.

The iconic Lindrum room at 317 Flinders Lane was where Walter practiced for hours to ensure he could develop a game that could never be matched by his opponents even when he played against a blind handicap of up to 7000, the exact figure kept from him so that he would play the game out. Dolly grew up in the Flinders Lane room watching her beloved uncle develop a game that would leave opponents questioning the rules and having them changed numerous times to beat him. He adapted.

As Robby Foldvari accurately states: “they changed the bauk line rule and the cue ball had to cross the baulk line every 200 points to limit Walter’s famous nursery cannon”. Even with the changing rules as Dolly would boast, “Walter can’t be beaten”. Walter’s “nursery cannon” – a deft shot of a few millimeters, barely budging the balls – was one that he could repeat indefinitely, 1900 times in a row during one game. Tom Newman once said “don’t ever refer to Walter as a scoring machine. He is showing you everything the beautiful game can show.”

Dolly herself became a formidable opponent on the table, and from a very young age, was a popular identity within Walters Billiard room. Following Walter’s death in 1960 Dolly became the proprietor of the family business and in 1968 she married Bill Ellis who joined her in running the room.
The Flinders Lane room closed in 1973 and a new room was opened at 26 Flinders Street Melbourne which is now the site of the Lindrum Hotel.

The Hotel was named in honor of Walter Lindrum having become a huge Melbourne sporting hero due to his charity performances that raised over 2 million pounds to assist the war effort and other worthwhile causes. Unfortunately, the naming of the Hotel has not been without internal family battle, where both my aunt and I found ourselves defending the honor that had been bestowed on the great Walter Lindrum. Others in the family had hoped to profit from the use of the name. To this date we have defended all challenges. Dolly remained fiercely loyal to the Lindrum name, ensuring that the Kerferd Road billiards room (Dolly’s home), complete with memorabilia, was preserved.

Dolly was born in South Australia, the daughter of Percy and Florence Lillian Dunn. Florence the sister of Walter, was known as Dolly from an early age. Following the mother’s death, the daughter, Irene May was effectively adopted by her grandparents. Dolly travelled back to Melbourne with her grandmother, and became affectionately known as Dolly.

The stunningly beautiful and charming Dolly was always on hand for visiting members of the billiards fraternity who were shown the Billiard room & given the history of Walter’s remarkable achievements. My Aunt was a catch for every Melbourne bachelor, and was also a lover of animals. I think at one stage, I counted 1 dog and 10 cats at her home; the neighbors knew that her kindness extended beyond humans so if ever there was an animal in need, they would find their way to the care of Dolly.

I write this article to preserve the goodness and absolute love that Dolly had for Walter Lindrum, and to ensure that we never forget Walters greatest fan Dolly Lindrum.

Just to recap, Walter had many records, but those that Dolly would recite were as follows:

Andrew Ricketts, the author of “Walter Lindrum – Billiards Phenomenon”, and who I believe to be the best Lindrum historian, cited Dolly’s passing as “The end to a remarkable era”. I will certainly do my best to ensure that the memories of both Dolly and Walter remain very much in our hearts and minds.

As stated in previous articles, I miss Aunty Dolly immensely, and this sentiment is shared by all those that knew & loved her. 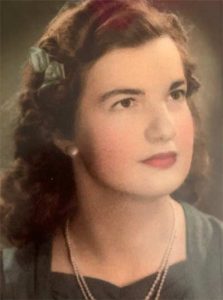 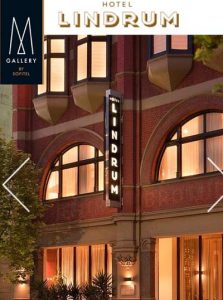 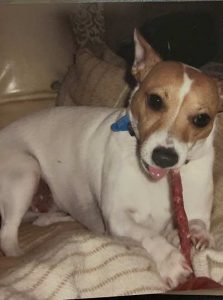 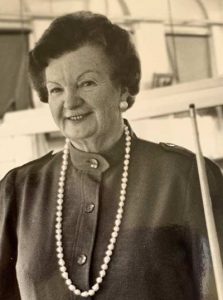