“Thank you to Blaise Northey and Col (Ret.) Tony Hall OAM for recording this interview about Walter Lindrum coaching billiards and snooker in the Australian Army, and to Mark Dunn for helping bring this to light. This interview showcases Walter’s generosity and love for the sport, through a story detailing his eagerness to pass on his billiards and snooker knowledge to others.” – Tammy Lindrum 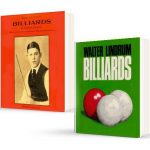 Utmost gratitude to Dale Mackay for providing these resources, allowing us to share Walter Lindrum’s billiards insights with the world. We hope that viewers can digest these books, studying the beautiful game and taking their skills to a higher level.

Walter Lindrum – Fifty-seven world records, with some still standing today. Considered to be one of Australia’s all-time greatest sportsmen, Walter Lindrum was in a league of his own on the billiards table. His talent for the sport was a product of both genetics and environment, and his rise to the top is nothing short of fascinating. 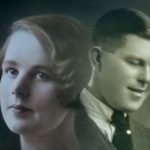 Walter Lindrum received an MBE in 1951 as well as an OBE in 1958 – these honours were awarded to him by the Queen due to his success in raising huge amounts of money for charity during the war years. Indeed, Walter walked with Kings, but never lost that common touch which endeared him to thousands.

Walter Lindrum – Master Billiards Player – It is one hundred years since Lindrum was born, thirty eight since he left us we remember and mourn. For outstanding champions seldom are seen, immortals are rarer and few there have been, Who excelled at their sport with his skill and flair, he shattered opponents they were left in despair!…